Poker NFTs: Everything You Need To Know

Non-fungible tokens are known for their uniqueness and their non-interchangeable data, which is stored somewhere on a digital ledger 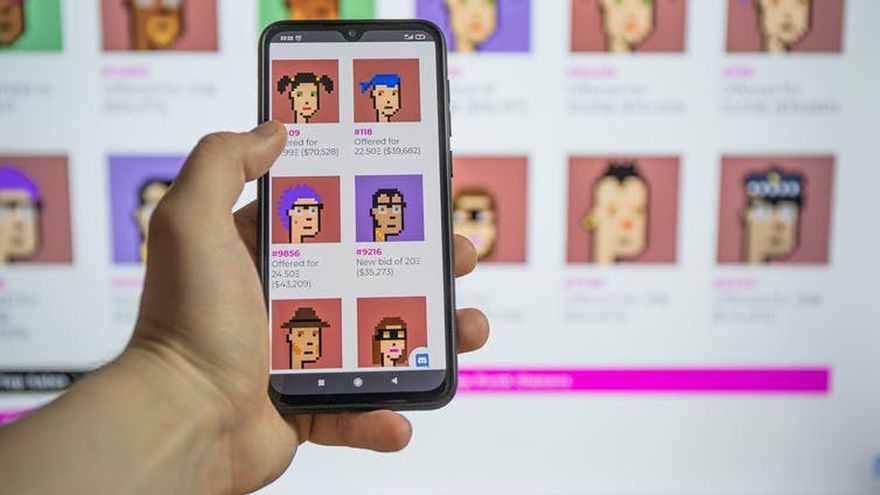 Let's begin with the basics. The term NFT stands for non-fungible token. Non-fungible tokens are known for their uniqueness and their non-interchangeable data, which is stored somewhere on a digital ledger. NFTs became famous back in 2018 when CryptoKitties had its popularity peak. Then, one of the CryptoKitties, Dragon, was sold for colossal 600 Ether (which is around $2.3 million at this moment).

Lately, NFTs are being introduced in all kinds of industries. They can be audio files, images, videos, animations, gifs, or anything that you can imagine. The famous DJ Paul Oakenfold has announced that his next album is going to be released in the form of NFTs. He made this decision after partnering up with Cardano, one of the top cryptocurrencies at the moment.

On top of that, you will be introduced to two emerging poker platforms: Virtue Poker and Polker, excited, right?

The partnership between Theta Labs and World Poker Tour was responsible for the first WPT NFTs. On April 18, some of the best poker moments in history were put on sale. There were four episodes: April 18, April 25, May 2, and May 9, where the in-show advertisement directed viewers to the NFT marketplace.

"Our exclusive NFT launch with Theta Network is one of our biggest digital initiatives to-date and for the first time ever we're combining our global reach of live televised poker with an NFT marketplace, giving our fans an interactive, real-time opportunity to collect a piece of the WPT poker action," - Adam Pliska, the World Poker Tour's CEO. By partnering with Theta Labs, they managed to bring some of the top rated poker pros, celebrities, and players into the NFT craze.

For instance, there are some base sets with common rarity, some Rare sets, and some Legendary poker packs that you can buy on the Theta marketplace. There you can see all of the poker collectibles.


How do the WPT NFTs work?

Well, when you buy a WPT NFT, for example, the Legendary Scotty Nguyen card, you will become one of the 100 holders of the moment where Nguyen's AQs defeated Michael Mizrachi's AJo in the WPT World Poker Open on January 23, 2006. Every holder of this NFT is able to click on "Play Moment," which will open a video of that hand. There are only 21 of these left, and the starting price is $500, so you better hurry up!

Also, you can buy yourself an NFT that is actually redeemable. There are Golden Theta Poker Chips with a signature from Mitch Liu. Every fan that will buy one of these tokens will be able to redeem it for a real poker chip with a signature by Mitch Liu. These are extremely limited chips (only 200 will be ever made), and you can purchase one for a starting price of $1,575( (at the moment of writing).

So, if you are a WPT fan and want to support the Theta ecosystem, you can visit their marketplace and buy yourself a piece of history. The limited supply of each of the NFTs is creating a demand, thus increasing the price of the WPT moments.

Mitch Liu, the CEO and co-founder of Theta Labs, said: "We're excited to launch the next-generation NFT marketplace with WPT, a unique opportunity to bring digital collectibles synchronized to live TV and cable broadcast to an audience of millions worldwide."

We also think that WPT made a great decision when they partnered up with Theta instead of Ethereum because Theta's network is much faster and cheaper. That is of crucial importance in purchasing and trading NFTs.

After the announcement of the partnership between WPT and Theta Labs, it didn't take much for one of the most awed poker players of all time, Phil Ivey, to partner up with Ethernity Chain and Impossible Brief in order to launch their licensed NFT collection

This collection is called The Royal Flush Collection, and it is all about the career achievements of the Poker Hall of Famer's. Eternity Chain is a crypto platform focused on the creation of unique NFTs, and Impossible Brief is actually run by Chris Levett and James Zwadlo, the creative geniuses. Chris and James were so happy that they made a partnership with the poker legend Phil Ivey, and they are looking forward to other future partnerships of this kind.

It takes five cards to make a royal flush in poker, and that means that there are five different NFTs that you can get. Those are ace, king, queen, jack, and ten. The starting price for these NFT collectibles is $199 ERN (ERN is the cryptocurrency that powers that Ethernity Chain).


You may be asking yourself: what is in for me? Why would I buy these NFTs?

Well, all of you who will get the Royal Flush by collecting at least one of each card will have once in a lifetime opportunity to play on the same table with Phil Ivey. This is actually going to be a charity poker tournament, and it is going to take place this fall/winter somewhere on a luxury yacht in Miami.

But the yachts are not that big to fit thousands of people that would like to play against Ivey, and that is why Phil and his partners decided to limit the maximum entrants to eight only. They have done that by limiting the number of "Aces" that can be bought to eight. Those aces were placed on an auction where the highest bidders were the lucky ones that would face Ivey in the charity match.

Unfortunately, the aces were sold out in the first 72 hours of the auction, but you can still grab one of the other cards at the Ethernity.io marketplace. And if you want to face Phil Ivey in the charity tournament, don't despair, instead check the Ethernity marketplace on a daily basis, and maybe one of the Ace Card holders will decide to sell his card.

To sum up, this collection grants you the opportunity to meet and play against Phil Ivey at the luxury yacht in Miami. Now you know the real worth of these NFTs.

Another great example of the use case of NFTs in the poker world was the Celebrity Tournament that occurred on September 23, 2021. This tournament was arranged by the partnership that was made between the biggest crypto exchange Binance and the pioneer in the poker industry - Virtue Poker.

Phil Ivey, Paul Pierce (NBA HOF player), Mr. Beast, Vince Vaughn, founder of Tron - Justin Sun, co-founder of Polygon - Sandeep Nailwal, and the co-founder of Ethereum Joe Lubin are some of the participants that are going to play in this Celebrity Charity Tournament.

The NFTs were involved when Virtue poker, which is one of the latest blockchain platforms for playing poker, launched a Binance Mystery box collection on September 23. The NFTs are actually playing cards, and there are a total of 11,801 cards available. The cards of higher value are in a more limited supply:

As you can see, there is only one Ace of Spades that has a Digital Signature by Phil himself. This card is still not unboxed, so the lucky collector that is going to get it will be awarded with a juicy prize of $5,000!

So, the participants are able to buy Mystery boxes in order to obtain cards, and by owning at least two cards, they are in a competition to win a share of $50,000. $2,500 was awarded for the player who holds the winning hand in each knockout that will happen at the Charity tournament.

Besides that, the lucky participant that will possess the championship knockout hand will scoop a reward of spectacular $25,000! There are still some cards left that you can buy on a second hand at the Binance marketplace.

Polker is the latest blockchain-based, Play-to-Earn Poker platform where players from all around the world can buy, earn, sell, and trade poker-themed NFTs. Keeping in mind that both of these industries are having significant growth, we can expect a solid project that is going to bring poker one step forward in the future.

You can be sure of the fairness at Polker because of their patent-pending TRNG (True Random Number Generator) system that is integrated on its blockchain. Additionally, Polker is using Unreal Engine 4, which provides a powerful and immersive gaming experience.

Polker stands out from its competition by providing mesmerizing 3d dynamic animations, beautiful environments, and a metaverse that is going to allow interactions between rivals, opponents, and poker friends. Also, you should know that the Polker game is powered by the cryptocurrency PKR, which is already trading on PancakeSwap, Uniswap, Bitmart, and a few other exchanges.

The best thing about Polker is that it is a completely free-to-play game, so all you have to do to earn their NFTs is to choose one of the five elements (Fire, Ice, Water, Air, and Thunder) as a theme and start playing. Once you get to reach level 100 from the Tier that you chose, congratulations, you have earned yourself the Ultra-Rare Element Dealer.

On top of that, you will be able to earn medals by completing missions, various achievements, and daily quests. By doing so, you will start unlocking some of the NFT cards that can later be used as an in-game badge. Also, there are NFT holograms that can be standard, rare, or ultra-rare, so you might want to get some of them too.

You are interested, right? We are too! Polker has set a timer that counts down their 'Testnet' Beta Game launch. According to the timer, we can realize that their Testnet is going to be launched on November 11, so save the date, please! To be one of the first players that can participate in their Beta Game, just enter your email address on their countdown page.

It is important to note that their Mobile game that is going to be available both on iOS and Android mobile phones will be launched in the first quarter of 2022. So, don't miss this golden opportunity to get your hands on the rarest NFTs on the poker market!

Now you know everything about all of the latest and upcoming Poker NFTs. If you are one of the NFT enthusiasts, or you just want to become a part of the NFT madness that is going on at the moment, you now have knowledge of a few great opportunities.