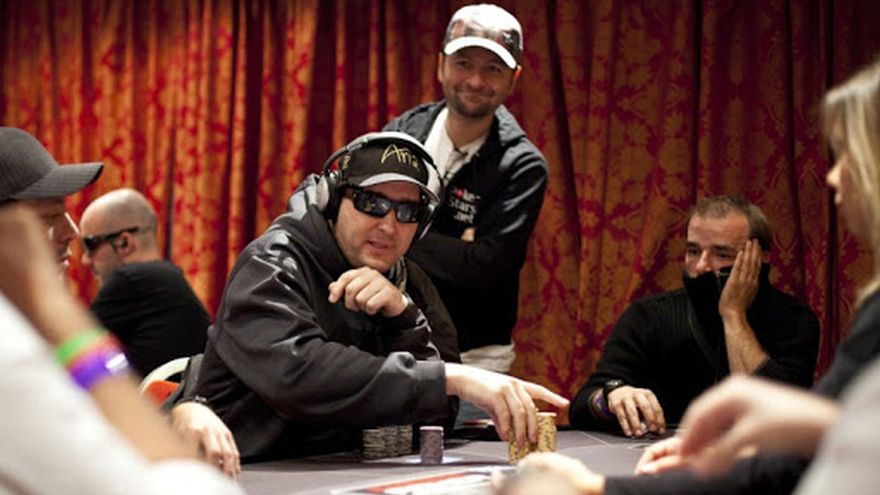 ‘White Magic’ saved the day for Phil Hellmuth last night as he stunned the poker world with an incredible comeback against Daniel Negreanu in their HighStakes Duel, recovering from a 19-1 chip disadvantage to take the opening bout and $50,000…

The hotly-anticipated match had seen the pair squabbling on Twitter in the weeks leading up to their live heads-up duel, DNegs poking and prodding his long-time rival…

“I took a deeper dive into @phil_hellmuth tourney record,” tweeted Negreanu a few weeks ago. “For a guy who thinks he can beat $25k and higher buy in events against the world’s best players, the record doesn’t show any such thing.

He added: “Not a single cash in the modern era of high stakes tourneys. Not one. Phil is decent in low and mid stakes tournaments, but on the major league high roller circuit, he cannot win. He may have been a GOAT of his era, but that era is long gone.”

Those words came back to haunt the GGPoker ambassador in the PokerGO studios yesterday, although it looked like he would rather easily grind the Poker Brat down as the match finally got underway…

Playing a Sit&Go-style match, the players started out with 50,000 chips and blinds of 50/100, Hellmuth has plenty of experience in the format. Three ‘High Stake Duel’ wins against Antonio Esfandiari brought him $350,000 and bragging rights, although Negreanu wasn’t impressed.

The second hand of the evening saw Phil avoid a potential catastrophe, eventually folding his KQ to Daniel’s pocket aces’ 4-bet, but he would find himself in trouble as the play wore on.

It took Hellmuth a while, but the inevitable blow-up finally appeared when Negreanu spiked a king to beat the Poker Brat’s pocket jacks, leading Phil to mumble and mutter his way around the studio floor, calling Negreanu an “idiot” for his, completely standard, call.

Soon Hellmuth was on the edge of a precipice, his 5k facing Negreanu’s 95k chip stack, but the Poker Brat certainly doesn’t lack ‘positivity’ and pulled off a comeback for the ages.

Turning the match around, after 6 hours the ‘Duel’ came to a dramatic conclusion, Negreau staking his life on suited connectors as the blinds took their toll…

The flush and straight draws missed, and Hellmuth had won yet another heads-up match, taking $50k in the process. Negreanu, however, will be back for round 2, although this time he will have to pony up $100k to get his shot at revenge.

“There will be a rematch. You can guarantee that,” said Negreanu as he shook hands with his new arch-rival.

The poker pros and fans loved every minute of it, Ryan Feldman tweeting: “Congrats @phil_hellmuth!!! All things considered, I think this is one of the most impressive accomplishments of Phil’s career. Down to a 19:1 deficit, to come back and win in such a highly hyped match, what an amazing amazing victory!”

Danielle ‘dmoongirl’ Moon had similar feelings, sharing: “I almost never watch poker but this high stakes duel on @PokerGO between @phil_hellmuth & @RealKidPoker has been incredibly entertaining for many, many reasons. Inject round 2 in my veins. I’m here for it.”

…while one of the best poker memes of all time appeared…

A date has yet to be set for the rematch, but you can be sure it will be every bit as entertaining as the opener!