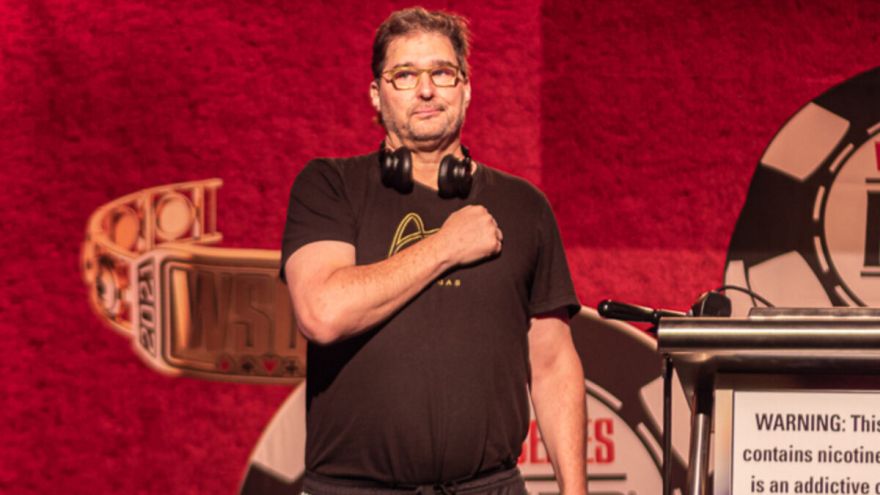 Immediately after his victory, Hellmuth said he wanted to win the No-Limit 2-7 bracelet ever since he began his career since it was the coolest bracelet to win. He continued to say how hard he worked for this bracelet for a long time, and his game has improved immensely. Hellmuth’s victory convinced him it was a result of his experience in the game and learning new tricks, and he was pleased about it.

Hellmuth has always attempted to capture this bracelet but has fallen short on numerous occasions. His runners-up finish to Billy Baxter in 1993, who Hellmuth considers as an all-time great. The final table had several players, including Bob Stupak, Thomas James “T.J.” Cloutier, a six-time bracelet winner.

Hellmuth was welcomed with cheers and applause at the award venue when WSOP Vice President Jack Effel introduced him. He stated even if you like or dislike Hellmuth, and he always plays for the win.

“ He is always spreading positivity unless,of course,his opponent spikes a one out.”

Promptly after accepting his 16th bracelet, Hellmuth was quick to ridicule himself over his emotional outburst directed at fellow poker player Anthony Zinno in the previous week’s $10,000 Stud tournament. Hellmuth faced a lot of backlashes forcing him to apologize. He continued to state how his family was angry at him over his behavior. Hellmuth confessed that he had had a problem controlling his emotions, and he was pleased with his improvement in restraining his rants.

This particular bracelet mattered greatly to Hellmuth since it reminded him of all the poker legends who used to play 2-7 tournaments. These players included Doyle Brunson, Chip Reese, Billy Baxter, Dickie Carson, among others.

Hellmuth talked about the positivity he promoted witnessed in many of his opponents, regardless of his attitude.

Finally, he said so many nice guys had won bracelets this year, and he does not like it when we have a few bad apples, and he asked for forgiveness again for his tirades and tantrums. He finished by stating that poker has an amazing community of people from all walks of life.