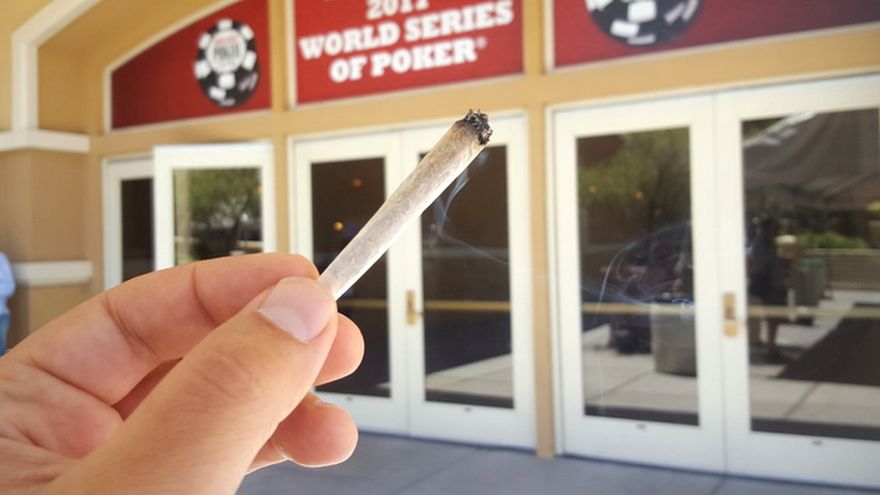 The legalisation of cannabis in the United States is a change that most of us never expected would come to pass. Currently, there are 18 states in the country that have legalised the compound for either medical or recreational use, with others that have decriminalised its possession.

Nevada decided to allow recreational use in January 2017 but this year decided to take that a step further and offer recreational smoking lounges for public consumption.

For the last four years cannabis users have been expected to partake behind closed doors but that is all about to change. And it might mean that the overall atmosphere at the WSOP could be a lot more chilled out than in previous years.

The Most Relaxed Poker Tournaments Ever Seen

There’s no doubt that many of the players coming to play in the WSOP are from a generation where cannabis use has been normalised, legal or not.

Those that usually play in that altered state of mind will likely be intending to carry on the same in Las Vegas, risking falling foul of the law by assuming they can consume their product wherever they feel like it. The law, while legalising cannabis for use, does have quite a few stipulations.

For starters, it is absolutely not legal in any way to consume cannabis products inside any of the 150,000 hotel rooms in Las Vegas. Getting caught, no matter how unlikely that is, will lead to trouble. To stay legal, use of a consumption lounge is recommended.

The lawmakers have thought through what could happen if an army of stoned gamblers hits the casinos and obviously didn’t like the possibilities. Any consumption lounge opening up after the law takes effect on October 1st cannot be located within 1,500 feet of a casino.

We expect a couple of well-known players to be letting the crowd know exactly where they should be heading during the series.