Matt Berkey Loses after Disappointing Run on Poker After Dark

The American-born player, also known by his screen name, “berkey11”, saw his chips plummet from a peak of $10k, down to a disappointing $5k 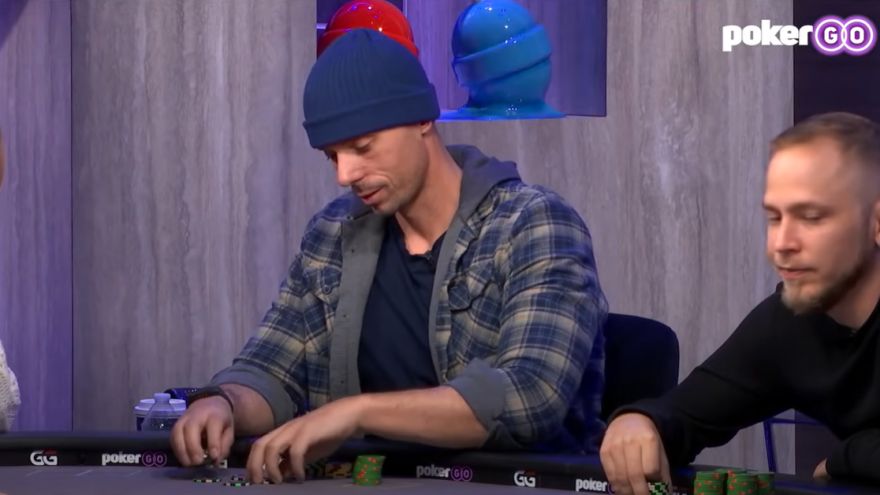 The American-born player, also known by his screen name, “berkey11”, saw his chips plummet from a peak of $10k, down to a disappointing $5k on a recent Poker After Dark episode.

Matt Berkey was joined by the hugely accomplished Sam Soverel, multi-millionaire James Romero, PokerGO Tour champion Jake Daniels and high-stakes poker’s mysterious woman of the hour, Lynne Ji- who was quite vocal about her intentions to go head-to-head with Berkey at the start of the episode.

Despite starting off the episode 5 grand in the hole, Berkey established himself well at the beginning of the game. With $3k in his pile, he would draw a king and an ace, not suited. Ever the gambling type, Lynne Ji made a hasty raise holding a 6 and 8 suited- but with no cards on the table showing her any love, Berkeley snap calls to bag himself whopping $5.5k.

At this stage, Berkey is looking good, and some questionable, possibly even slightly emotional plays from Ji make the Pennsylvanian appear the more composed player of the two.

Soon, however, things started to break down slightly for Berkey. James Romero would edge out Berkleys 10 and jack with a king and jack of his own- winning him a $6500 pot. This would be the first of a slew of folds and misses that would leave the 8-time WSOP cash finisher in a similar position to the one in which he started.

Wilting under the pressure of $13.2 million live earner Sam Soverel’s bluff, Berkey concedes a cool $2k to a considerably weaker hand. Shortly after this, a pair of 9s would snag him another couple of Gs from his vocal rival, Ji- however, the cracks in his game already seemed to be showing.

The rest of the evening proved relatively uneventful and unprosperous for Berkey- already $3k down he makes a series of folds that push him deeper into the red. Ji stood to be considerably more successful, her stack totaling around $16k after winning a sizable pot against Jake Daniels.

Despite this unfortunate blip against Ji, Daniels undoubtedly finished the game looking like “top dog” when he devastatingly and expertly bet the highly respected Soverel out of contention- calmly proclaiming aloud the high queen hand with which he dismantled his opponent.

The game left some fans feeling disappointed- due to some of the player’s apparently safe approaches in the episode. Some fans also questioned the witts of Ji, who seemed to make some exceptionally risky plays during the game- and so it seems there is really no pleasing people.

If you play things cautiously, your critics will say you play too boring- if you take a big risk and roll the dice, then they will question your risk assessment capabilities. It is, for this reason, we can only use our own best judgment in poker- after all, the best move is the one your enemy least wants you to make.

As for Berkley, there is always the chance he can turn things around in future episodes.