Is Sheldon Adelson About to Sell Up and Retire? 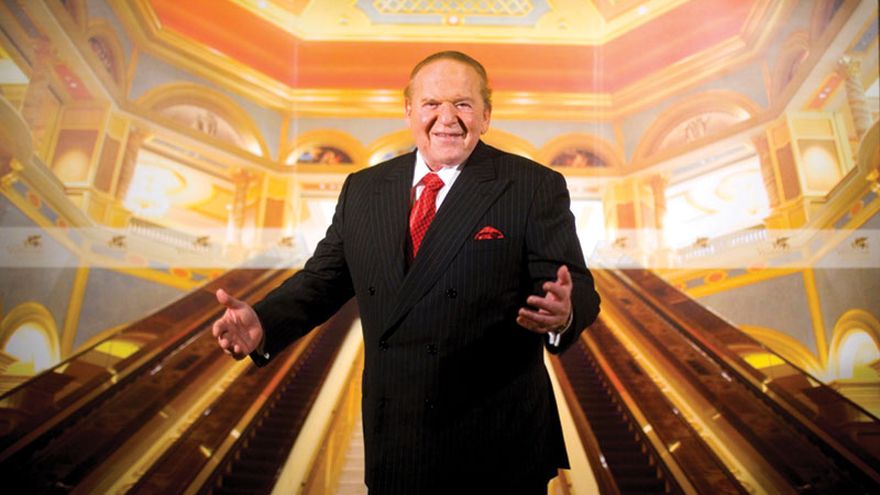 Las Vegas Sands Corp. is exploring the possible sale of their Las Vegas casinos. CEO Sheldon Adelson has long been seen as the enemy of the online gambling industry and this recent news reported by Bloomberg might well be an early Christmas present for the poker community.

It is no secret that Sheldon Adelson has done his utmost to fight against the legalisation of online poker in the US. His crusade against all online gambling was done under the premise of protecting minors, but we all know that he was only protecting his own interests.

Adelson was a large donator to Donald Trump's presidential campaign in 2016 and his handouts can be traced all the way back to the controversial UIGEA 2006 when American poker began its disintegration.

The Las Vegas Sands Corp. owns the Venetian and Palazzo, and the Sands Expo Convention Center on The Strip. If they can find a buyer the price is expected to be around $6 billion.

The sale is only hypothetical right now but if it happens it will mark the exit from the US gambling industry of the man most hated by the poker community.

This shouldn’t be understated because Adelson has fronted a one-man crusade for a long time. Of course the owners of the other brick-and-mortar casinos would prefer online gambling to just disappear but there haven’t been any other personalities that have battled so publicly as Adelson.

The Venetian has one of the most popular card rooms on The Strip right now, but still some professionals won’t go anywhere near the 35-table room because of who owns it.

Sheldon Adelson has made a fortune during his time in the gambling industry. An estimated $30 billion ranks him the 28th richest person in the world.

Most of his riches comes from the company he founded in 1988, which now employs more than 50,000 employees around the world.

It’s not game over for the man poker players love to hate though, because it is only the US side of the business which might be sold off. And according to figures reported last year that only accounts for 15% of the pie. Probably less now that the Pennsylvania property was offloaded last year.

You can probably already guess that the Macau casinos are where the real money comes from. A whopping 63% of Las Vegas Sands Corp. revenue runs through the Asian gambling paradise.

Could this be a shrewd move while the COVID-19 pandemic sorts itself out? Las Vegas isn’t going to be a tourism hotspot for a long time. Plans to build a resort in Japan are still up in the air and the Asian market looks much more likely to recover economically than the Americas and Europe.