Irish Poker Open to Take Place on partypoker, Philippines Government to Tax Gambling on Cockfights, and Punters Bid to Blow up Trump Plaza in Atlantic City

One year on since the start of the COVID-19 pandemic Irish live poker is still being affected, and organisers still aren't ready to take a shot at scheduling any events 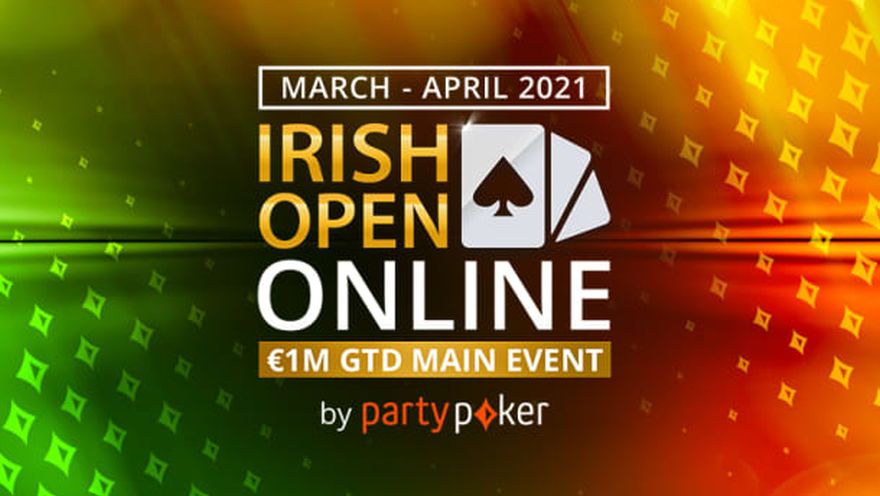 The Irish Poker Open 2021 will take place online on partypoker. One year on since the start of the COVID-19 pandemic Irish live poker is still being affected, and organisers still aren't ready to take a shot at scheduling any events.

There is hope that the vaccine program will allow life to normalise over the coming months, but at least we are lucky enough to have the online backup plan to keep the poker machine running for now.

The festival kicks off on March 29 with an estimated €5.5 million up for grabs, and a showpiece €1 million guaranteed main event.

Last year’s running of the Irish Poker open saw a tidy 2,945 players sign up for a piece of the action. Brazilian Pablo Brito Silva defeated Andras Nemeth to end the day €462,099 richer in the main event, giving us hope for a similar size tournament next year.

There’s also last week’s Irish Poker Masters to consider. Motormouth Will Kassouf won the main event for €215,163 after qualifying through a €109 satellite.

Marketing director, Vadim Soloveychik gave out hope that there could actually be a second running of the Irish Poker Open in 2021, if the vaccine program is successful in time. Ireland is having a particularly rough time right now but we could still get to Dublin’s Citywest Hotel at some point.

The Philippines government is to increase tax revenue by targeting the $1 billion cockfighting industry to help plug the deficit. State coffers are already looking at a close to 10% decrease because of the ongoing pandemic.

“We need to maximize the national government’s revenue-generating capacity by regulating these activities without overstepping the powers of local government units and government gaming agencies.”

Wesertn culture has mostly forgotten this bloodsport where two roosters are pitted against each other in a fight to the death. The Philippines has over 2,000 arenas dedicated to cockfighting and in such a dire situation the government feels no stone should be left unturned towards rebuilding the economy.

Online gambling is generally left alone in a legal gray area in the region but with such huge sums moving around they have become an easy target.


Bidding to Press the Button that Blows up Trump Plaza

A bidding war is on to be the person that activates the explosive charges that will demolish the Trump Plaza Hotel and Casino in Atlantic City, New Jersey. The property has been empty for six years and is scheduled for demolition on January 29 2021.

A listing was made with Bodnar’s Auction Sales saying:

“This is a once in a lifetime opportunity to bid on the right to push the button to implode Trump Plaza,”

The current bid price is $62,500. We aren’t sure how surprising that is, but Trump is a man that seems to pick up new enemies on a daily basis. For sure some rich person out there will get a sense of satisfaction over being the one to press the button.

Atlantic City Mayor Marty Small has long said he is determined to get rid of the derelict property, calling it “an embarrassment” and “it’s a blight on our skyline”.


Closing Up Again in Europe

The pandemic is still wreaking havoc on Europe’s gambling industry. Only a day after the World Series of Poker Main Event international leg was completed the Kings Casino has closed its doors until further notice.

It turns out that the final table won by Argentinian Damian Salas could have gone ahead anyway because it was a TV production, but it’s still not a good sign.

High street bookmakers in England were also forced to close up just before Christmas Day. A new Tier 4 was created as a more extreme precaution on top of a three tier system. With the UK’s vaccine program progressing slowly it is a possibility that we might see shop closures in the new year period if the lockdowns persist.