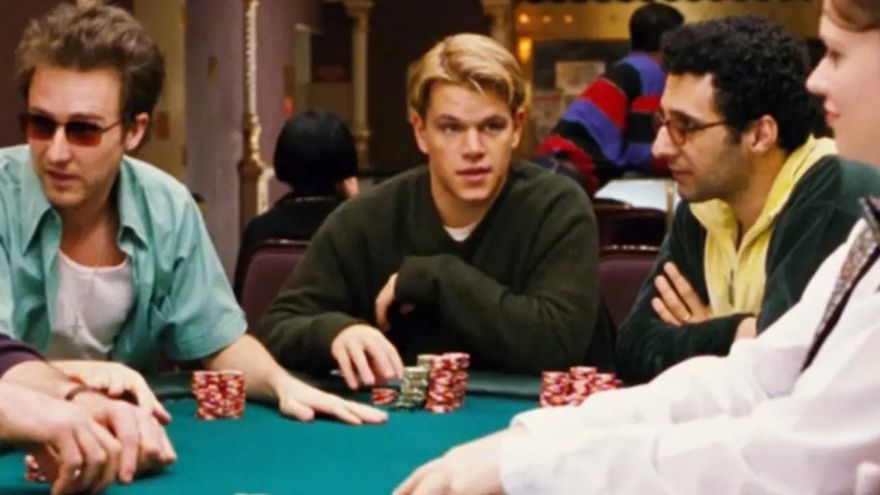 It’s no secret that movies have a big impact on shaping our culture and society. From celebrating someone for their achievements to serving as a warning sign or act of criticism, movies can often convey a very powerful message many people tend to soak up.

So, as an avid poker enthusiast, I can’t help but pose the question, how do movies impact the image of poker players? Poker is often featured in movies and is arguably one of the best-known gambling games in the world.

Of course, you will also see roulette, blackjack, and even online games like you can find on sites such as UFABET displayed in various films, but let’s concentrate on poker today.

After thorough research and many rewatched movies, I’ve come to some conclusions that I want to share with you. Let’s get right into it and discuss how the seventh art shapes society’s image of poker players.

Poker is Often Linked With The Underworld

From The Sting to Rounders and many more poker and gambling movies that have come out during the last century, this card game was often associated with the mafia, gangsters, or illegal activities in general.

Of course, there is a reason why this association works so well. There are plenty of real-life examples of crime activities caused or directly linked to gambling and poker.

But, like with any other movie trope, the portrayal of something in a movie often takes the subject to the extreme.

For example, the main character is either playing against a mob boss, or every big poker game in the city is run by gangsters who are out to get the main character. To add to this, these movies will also include scenes of burglaries, betrayals, and murders.

In reality, being a poker player is, fortunately, not nearly as exciting. And, although it often makes for a fun watch, these associations also promote the stereotype that poker is linked to the underworld.

If you’ve watched any poker movie ever, you can agree when I say that each film follows one of several possible arcs. The most common one is when a poker player has a bad period and loses almost all of their money initially, only to grab a life-changing win when they’re close to their last buck, or go on an insane winning streak.

While this often provides a feel-good sentiment, such a portrayal is inaccurate if I'm being realistic. To be fair, outliers like this can happen in real life, but they are extremely rare, and it’s not wise to think that you’re one of them.

Why am I highlighting this particular detail of poker movies? Because they might be very dangerous for online poker newbies, who can get carried away by such films. In reality, if you lose a lot of money, you’ll either go broke then and there or will have to put in a lot of time and effort even to recover your losses, let alone record profits.

In some poker movies, the main characters are often portrayed as geniuses who can read their opponents' cards without fault or use some self-devised system that makes them nearly unbeatable.

In actuality, having such a strategy or insight would require cheating in some way or having a team of math whizzes constantly crunching the numbers for every hand.

While some poker pros can maintain their composure in nail-biting situations and make the exact hand read, such things rarely happen. Still, such portrayals of poker players in films are perfectly understandable, as movies often ramp up real-life examples.

When you’re watching Sean Connery, Paul Newman, or any other legendary actor play poker, you can’t help but think how cool this card game is. Often joined by a beautiful companion at their side, these charismatic leading men certainly make playing poker seem like a very desirable activity.

And I completely agree with and approve of this positive stereotypical representation of poker. While your actions aren’t being filmed in black and white, and you might not have scripted lines to say at the right moment, playing poker is often very cool.

Unlike some negative connotations often tied to poker, this one depicts poker players in a very positive image. What’s more, it’s one stereotype I’d like more movie fans to take to, especially if it encourages them to play this enjoyable and highly cerebral gambling game.

Of course, poker is not the only gambling game portrayed in movies since you can see plenty of casino scenes everywhere. If that is something that is also interesting to you, make sure to check our article on how to increase your winning odds in online casinos.