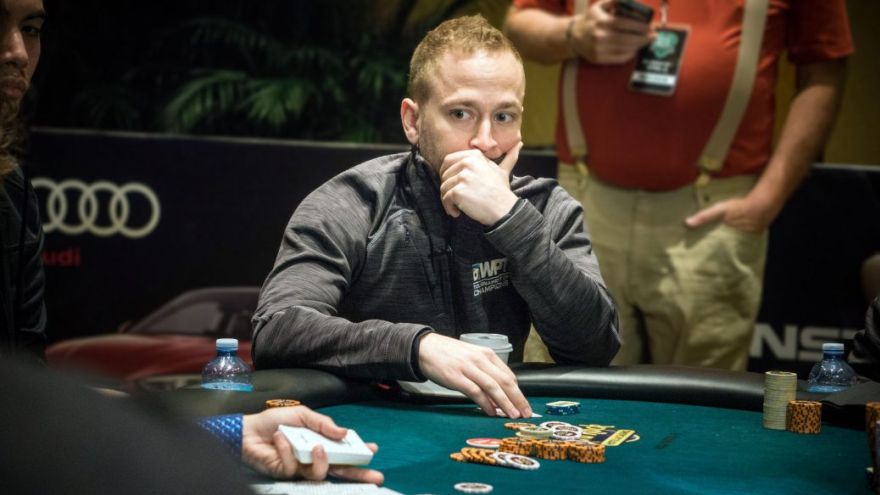 A clever scam has caught out two of poker’s best players, with highstakes pro James Romero and the as-yet anonymous online PLO phenom Grazvis1 both falling for a $20k ‘trading places’ hit…

The scammer, using fake but similar account names for each of the pros, somehow managed to convince both parties that he was each of them in turn.

Grazvis1, the one eventually out of pocket by $20,000, took to 2plus2 to get the community’s thoughts on who should take the hit – unhappy with Romero’s response.

‘The reason of this post,’ questioned Grazvydas (Grazvis1’s forum nickname) is to clarify why I am responsible 100% of liability here, because that’s what James Romero claimed, and that’s what people participating in the trading chat seemed to agree.’

He was also unhappy with Romero’s attitude throughout the fallout from the scam, stating: ‘And I don’t think the way James Romero communicated after the fact was just. I would like people to judge this too.’

The scam is hard to follow, but this basic reprise by Bobo Fett is as good a tl;dr as you’ll find…

Romero, however, again found himself being called out for his attitude after he responded to Grazvis1: “I have given a lot of time out of my life to you and this situation. I cannot keep responding to you.”

Romero added: “I have 5 different full-time projects I am working on now. I trade high stakes, produce coaching content, hold private coaching sessions, run a stable (22 horses by myself), hold a position at corporate startup that just went public, and play highstakes poker.”

That miscounted set of excuses wasn’t well-received on either the forums or Twitter, given that neither pro had carried out basic verification checks and Romero wasn’t the one out of pocket.

Not everyone felt Romero was in the wrong, but perhaps worn down by call on his precious time, Romero eventually relented and agreed to split the $20k hit…

…but that didn’t fully satisfy Gravzis who wanted an apology to go with it, claiming: “Seems like James got convinced that sending me back is +ev at this point. It's not all about the money. I didn't like how I got treated as well.

“I would like James to make a public apology "I will try to be more responsible when I am a recognized "trushworthy trader" and will try to do my due diligence as sending second, as well as if something like this happens again, I will try to communicate in a respectful and fair manner."

With that being as likely to happen as the scammer feeling guilty and returning the ill-gotten gains, perhaps the story is best left there – a cautionary tale to double-check who you are dealing with.