GingePoker has announced his new challenge to make $1,000,000 in only 90 days while travelling around the USA 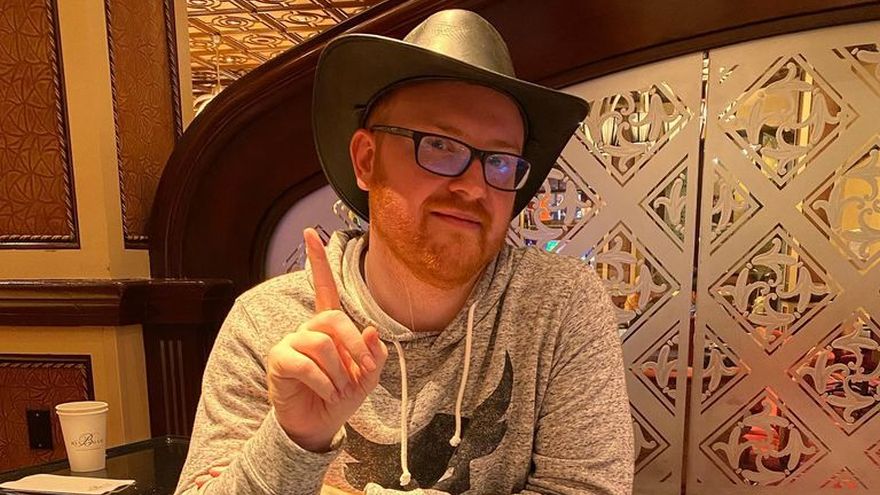 GingePoker has announced his new challenge to make $1,000,000 in only 90 days while travelling around the USA. The GGPoker ambassador posted a video on his YouTube channel detailing the ambitious feat where he will play in some of the biggest games he can find and vlog his experiences.

Many will think that winning $1,000,000 in only 90 days is an unrealistic goal without binking a huge score at the upcoming World Series of Poker. What about doing it without any plans to even play any tournaments? Sounds insane, right?

But that’s exactly what Richard “GingePoker” Sheils is planning to do.

It’s not all about the wild cash games in Las Vegas too because there are plenty of high-stakes live-streamed games worth a road trip. There’s Live at the Bike, Hustler Casino Live, and The Lodge.

Sheils mentions in his video that he planned to try his luck at Hustler Casino but was told he wasn’t wanted in the game as producer and co-owner Ryan Feldman doesn’t want him on his show, describing the Brit as a “super-pro.”

Live at the Bike might be an option at some point in the trip but it looks like Sheils prefers what The Lodge has to offer.

Let’s face it the live stream action at the Austin poker room is all the rage right now with high-stakes action regularly on show and also with the upcoming heads-up challenge with Doug Polk.

Polk is about to take on Daniel “Jungleman” Cates in a $200/$400 battle that should have fans from all over the world captivated.

Sheils recently starred in the recent $25/$50 nine-handed cash game where he went on the rampage opening every unopened pot just to see if anybody would notice and if it would tempt any hosts of a bigger game to invite him to come and play.

It turns out that nobody noticed!

For the rest of the time, Sheils will be frequenting the cash games at the WSOP which isn’t always as easy as people make out. He aims to play stakes of $100/$200 and higher if the games are good which should see a ton of top talent fighting him for the spoils.

At these kinds of stakes, $1 million is doable but it won’t be easy, especially in 90 days. We wish him luck.