Edward Thorp: The Best Gambler of All Time

If you invest or pursue the game of blackjack competitively, the name Edward Thorp might ring familiar 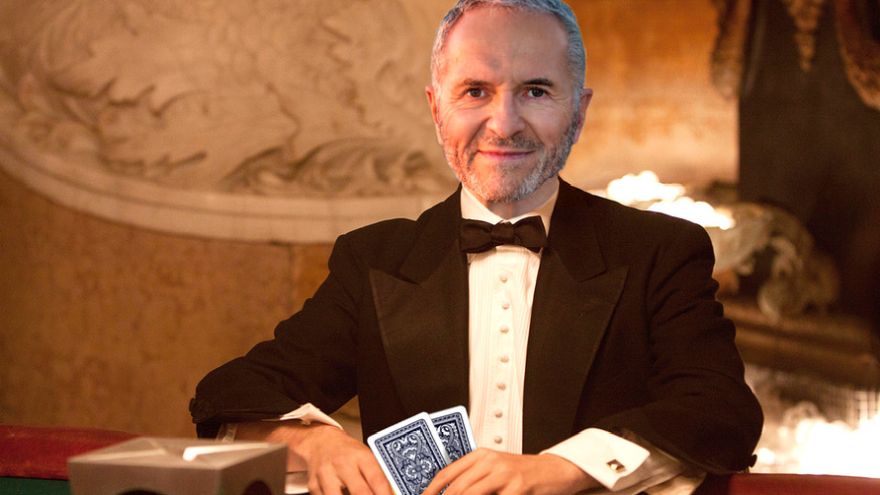 If you invest or pursue the game of blackjack competitively, the name Edward Thorp might ring familiar. For the average person, Edward Thorp is largely unknown. From inventing the first wearable computer to devising a system of beating the casino in blackjack, anybody in the gambling world should be familiar with the man who laid the foundation for modern card counting.


A Boy With a Passion for Math

Thorp was born in Chicago in 1932. His father survived both World Wars and instilled in his son the value of obtaining education. The fruits of his fathers labor paid off, as by the age of seven, Thorp could calculate the number of seconds in a year in his head.

While his father was deployed in World War II, his mother had to pick up a job at a factory to help make ends meet. With his new-found alone time, Thorp began tinkering around the house and picking up different hobbies like chess and crafting explosives.

Thorp and his family relocated to Lomita, California, where, despite attending one of the worst rated schools in the area, he continued to thrive academically. Thorp went on to get his master’s from UCLA in 1955.


The Math of Gambling

During his pursuit of a doctoral degree in mathematics, Thorp became interested in the math of gambling, specifically the idea that games of chance were unbeatable.

While working as a professor at MIT, Thorp found that games like roulette were almost impossible to beat due to each of the spins being independent of each other. However, after having his interest piqued with a statistical journal article about blackjack, he found that the game could be beaten.

With the help of an IBM 704 computer and the Kelly criterion, a formula developed in 1956 to find the ideal bet size, Thorp devised the 10 count blackjack system. He and fellow mathematician and gambling friend Claude Shannon also devised the first wearable computer to give players an advantage, a piece of technology that is now illegal.

Just like anyone who believes they’ve devised a sound strategy, Thorp decided to take his formulas and strategies to the real world.

After being backed for $10,000 by Manny Kimmel, the two went to Las Vegas for a weekend. After leaving with a profit of $11,000, Thorp was sure his system was sound. The math prodigy decided to move to Vegas to rack up the profits, but was soon banned from a number of Vegas casinos.

As a result, Thorp had devised a number of disguises to gain him entry into casinos. He even maintained a notebook to keep track of his wide array of disguises. According to Thorp, casinos would continuously serve him alcohol to stifle his winning ways. He even claims that his car had been tampered with.

In a time when gambling literature wasn’t as popular, Thorp decided to put all his strategies on paper in the form of his best-selling book Beat the Dealer: A Winning Strategy for the Game of Twenty-One.

The content of the book ranges from tips on recognizing cheating to card-counting strategies. The book went on to sell over 700,000 copies and notched itself on the New York Time Bestseller List.


Hall of Fame and Investment Success

While gaining access to casinos was increasingly difficult because of his reputation as a card-counter, Thorp decided to shift his focus on to the world of investing. By using his math skills to locate pricing anomalies in the securities market, Thorp found just as much success with investing as he did with blackjack.

With the inception of the Blackjack Hall of Fame in 2002, Thorp was rightly inducted on his first ballot due to his contributions to the strategy of the popular casino game.