The company's image hasn't been good for its stock price recently because it has lost billions of dollars in market share, which has hurt its stock value 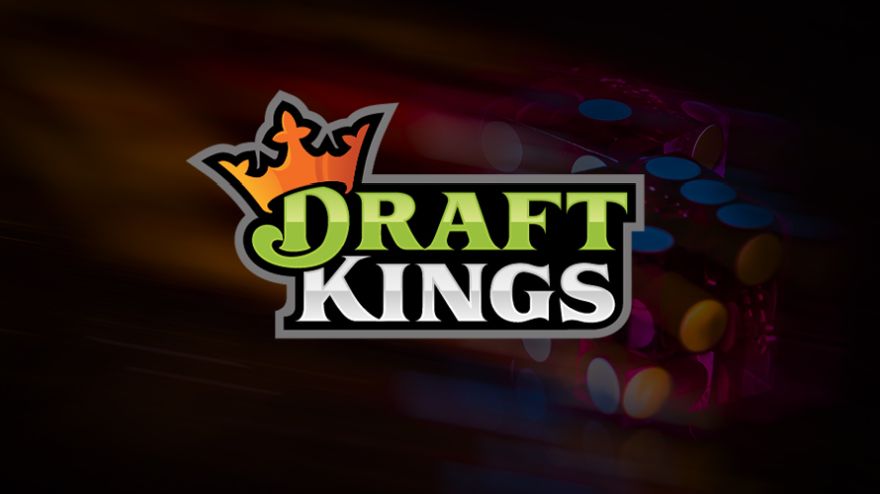 DraftKings is among the top two firms in daily fantasy sports; the company has also become one of the most well-known names in the legalized sports betting industry in the United States. However, the company's image hasn't been good for its stock price recently because it has lost billions of dollars in market share, which has hurt its stock value.

The conclusion of last week was a terrible one for the bookmaker in terms of percentage reductions. The company's stock price closed at $22.06 on Thursday, February 17. It reopened the following day at $19.00 and closed the next day at $17.29 on Friday. 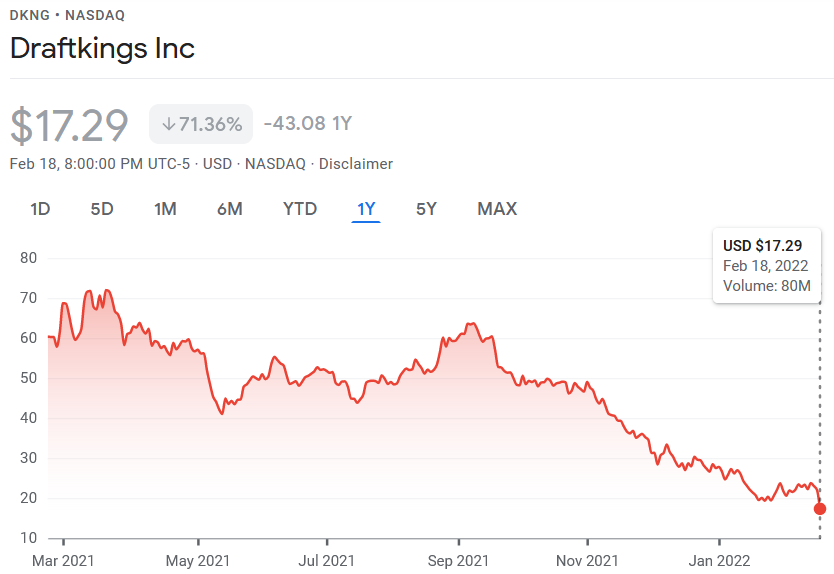 DraftKings reported a 47 percent increase in quarterly sales to $473 million in 2021 after releasing fourth-quarter data on Friday. In the third quarter, the number of new paying clients that used DraftKings increased by 32%, reaching 2 million monthly. Cross-selling more products to its customers has also been better for the company and has led to a 19% rise in the average monthly income per unique user to $77.

Notwithstanding the rise in sales and other favorable data, DraftKings lost $326 million in the final quarter. Its fine-tuned share loss was much lower than expected – $0.35 vs. $0.81 – but this did little to alleviate concerns about the coming years.

The authorization of internet sports betting is becoming more widespread. Voters across many states approved ballot measures legalizing sports betting and other gaming development measures in the November 2020 election.

The fundamental issue for DraftKings is that the rise of legal sports betting in the United States fuels its sales revenue, but the cost of attracting new clients has been obscenely expensive. It's simple to boost income when more states join the fold, but that doesn't ensure a lucrative business.

DraftKings has invested a lot of resources into advertisements (a 30-second Super Bowl ad cost $6.5 million) and consumer promotions. The business expenditure rewarded clients $140 million in various offers and promotions, such as monetary rewards and free bets, and spent nearly $300 million on marketing and advertising. So, they've spent almost half a billion dollars just on recruiting and retaining clients.

The company failed to attain its third-quarter profit and sales projections on November 5. On a turnover of $212.8 million, the firm suffered an adjusted $1.35 per share loss. Additionally, the administration raised the median of its revenue projection for fiscal 2021 to $1.26 billion from $1.25 billion before. Analysts predict $1.29 billion. For fiscal 2022, the business expects sales to range between $1.7 billion and $1.9 billion.

According to CFO Jason Park, revenue would have been $40 million higher if not for a "lower-than-expected hold, principally owing to unexpected NFL game outcomes."

Due to the firm's lack of profit, DraftKings' EPS rating is a poor 23 out of a potential 99. The EPS Rating looks at a company's ability to make more money each year by looking at the next two quarters and the last three to five years of profit growth.

As per the IBD Stock Checkup, DraftKings stock has a poor 29 out of a flawless 99 IBD Composite Rating. The Composite Rating makes it simple for shareholders to compare a stock's technical and fundamental data.

Experts do not expect the bottom line to recover anytime soon in the foreseeable future. According to Robert Fishman of MoffettNathanson, DraftKings will not be cash flow positive until 2025 and will not earn a profit until 2028. He was startled by how active DraftKings and its rivals have been with new client promos (bonuses and the like), particularly in New York, where the online gambling tax rate is an eye-watering 51%.

As long as DraftKings and its competitors keep losing money on new client promotions, this will compel the firm to focus on player retention, restricting its overall development.