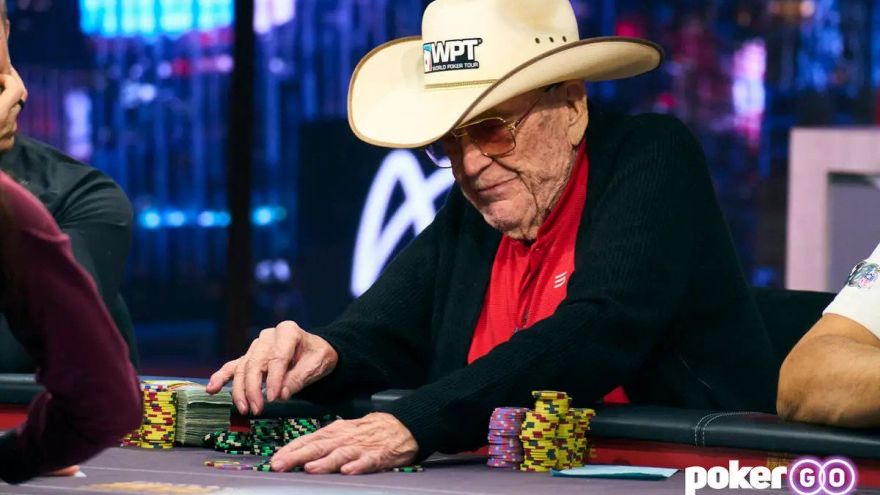 The High Stakes Poker reboot is proving to be one of the best things to happen to the game in recent times. Always a great lineup that has a mix of stars from both the older and younger generation playing entertaining poker.

In this latest episode, Doyle Brunson suffered a horrific bad beat at the hands of Krish Menon for a massive $279,000 pot after running it twice and losing terribly on both runouts.

Brunson straddles for $800 with pocket aces, Jennifer Tilly raises to $2,500, and Menon and Garett Adelstein call.

Four players go to the flop which comes down 3s Qh Kd. Brunson’s aces are a 63% favourite.

But then Menon makes a crazy all-in jam for $117,000 with second pair. What on earth was he thinking?

Adelstein folds and Brunson calls it off, having Menon covered.

Now, this is where it gets crazy. The pair decide to run it twice to reduce variance.

On the first run out the turn is another queen, giving Menon trips. The river is a blank eight.

The second run sees a 4 come on the turn but another jack on the river giving Menon two pair, cracking Brunson’s pocket aces on both run-outs.

Absolute carnage after one of the craziest jams we could expect.