Another month, another huge heads-up loss for Daniel Negreanu 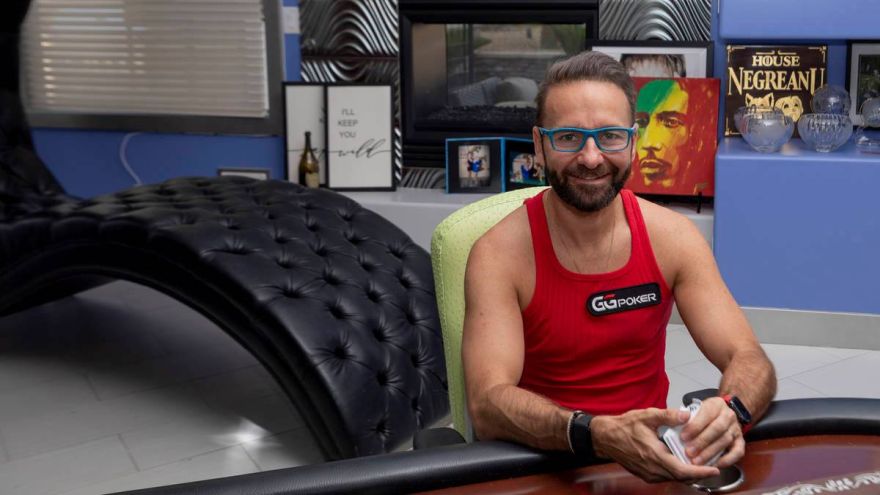 Another month, another huge heads-up loss for Daniel Negreanu, this time the GGPoker ambassador falling to his third straight defeat at the hands of Phil Hellmuth and making it a monster losing year for the DNegs at the mano-a-mano end of poker. How much exactly? More than $1.5million! Let’s take a look at how it happened...

When Negreanu accepted Doug Polk’s terms for their Grudge Match challenge late last year, it wasn’t really a question of who would win, but rather ‘how much’ Polk would win.

DNegs seemed willing to pay off his long-time foe to get him off his back, the constant Twitter barrage from Polk wearing down a weary Daniel.

Predictions were anything from mid-six figures to mid-seven figures, depending on how well Negreanu could learn to adapt to online HUNL, Polk’s favourite – and pretty much only – field of legendary poker achievement.

Although Negreanu’s play was complimented in some regards by his opponent, Phil Hellmuth went on record stating he was far from impressed.

While most players would likely hide and lick their wounds from such a heavy defeat, Negreanu’s deep pockets meant he could immediately challenge his old friend and rival. Let’s see how that went....

Playing live as opposed to online, and with an SNG-style format rather than cash game, Negreanu was hoping to do rather better than Antonio Esfandiari had done against big Phil, the “Magician” losing all three matches and a total of $350k.

It all looked to be going swimmingly for DNegs in their first battle of High Stakes Duel II, the Canadian building up a seemingly insurmountable 19-1 chip lead...

However, a remarkable rear-guard action saw Hellmuth fight back from the precipice and somehow turn the match around, the 6-hour “Duel” ending in his favour with this hand...

“There will be a rematch. You can guarantee that,” said Negreanu as he shook hands with his new arch-rival. And there was...

One month later and with double the stakes, Negreanu was still dissing his opponent’s play, having claimed: “If you could bet on who would be ahead after 2½ hours, I would be a 10-1 favorite. He has no idea how to play deep-stack poker, not the faintest clue.”

Again Negreanu burst out into a big lead and once again he was unable to land a killer blow. Hellmuth clawed it back, closing out the second bout with a brutal river card and forcing Negreanu to shell out even more money if he wanted a rematch.

Of course DNegs isn’t going to duck a challenge because of money, so this week he ponied up another $200k in an attempt to finally win something.

It was the same old story for Negreanu, though, as Hellmuth weathered the early pressure and showed that his “White Magic” was more than a match for whatever the GTO-lab boys could cook up for the format.

The final hand was a cooler just to rub salt in DNeg’s wounds...

...and when the river bricked Hellmuth had completed an incredible clean sweep, a second 3-0 victory that means he is $700k up in the HighStakes Duel format.

Hellmuth’s gain, however, meant that Negreanu’s losses in heads-up challenges had spiralled to a whopping $1.55million this year alone.

He would likely have played a round 4 and probably lost another $400k if he was allowed to, but it seems that Phil has taken his money and will now opt to play someone else, both Phil Ivey and Tom Dwan in the mix as potential rivals for HighStakesDuel III.

What’s next for Negreanu is unclear, but with such an abysmal record one-on-one something other than heads-up play might be in order!