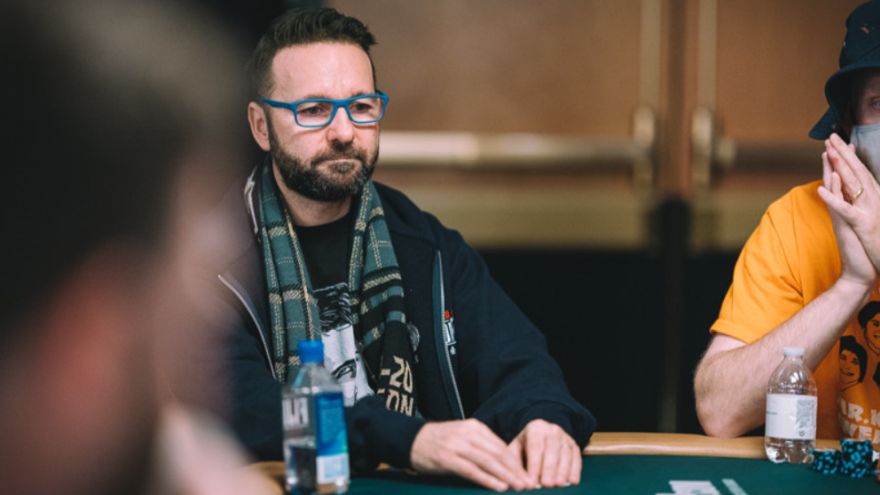 Daniel Negreanu has been talking about his favourite places to play poker in Las Vegas on a recent DAT Podcast. The Canadian star has been playing in the city for around three decades and has seen many places come and go but it’s clear to him which he likes for various reasons—also where he doesn’t like too.

Surprisingly, or maybe not to some, is Negreanu's favourite spot to play in Sin City. It’s not a casino but the PokerGO studio situated next to the Aria.

“Number one place to play poker in Las Vegas if you can, it’s the experience you want to have, is in the PokerGO Studio. Obviously, this requires higher buy-ins, but it is going to be the best poker-playing experience you’re going to find in Las Vegas by a long shot.”

Next up in the Wynn Casino poker room. The resort is one of the most luxurious in Las Vegas and the poker room is no different.

“The Wynn is crushing it. The Wynn is doing a fantastic job with their tournament series. The facility is great, the tables are spread apart, and the room is really nice.”

The World Series of Poker moved to Bally’s and Paris during the summer and although Bally’s didn’t impress the Canadian, Paris certainly did.

“Bally’s is a little lower end, but if you played on the Paris side on Day 1s and stuff like that, it’s a very nice place to play.”

Aria was next on the list, another casino known for its nice surroundings. It is also where the famous Ivey’s Room used to be before being renamed “Table 1.”

The most luxurious hotel and casino resort in Las Vegas has to be the Venetian. Owned by the Las Vegas Sands Corp, founded by Sheldon Adelson, this resort was meticulously planned with no stone left unturned. The poker room has more than 50 tables running around the clock and is fifth on Negreanu’s list.

Resorts World got the final mention. Negreanu admitted that he has never played there but the reviews he has heard are so complimentary that it must be worth checking out.

“One that I haven’t played at is Resorts, but I’ve heard amazing reviews. Resorts is supposedly the nuts.”

There was one final mention that didn’t feature in Negreanu’s top six places to play poker in Las Vegas—the Mirage. The Mirage poker room is where Daniel Negreanu kicked off his poker career three decades ago and features in the classic poker movie Rounders.

“I swear to you I get goosebumps when I walk by it whenever I’m there, which is rare. The Mirage is historic for me. That is where I started. I love the room, the vibe, the dark bit of it. The show would get out and people would come in and play. It is in the centre of the entire casino. The Mirage is very special to my heart.”

So which was the unlucky poker room to be labelled as the worst place to play poker in Las Vegas according to Daniel Negreanu?

The Bellagio! This will shock many players unfamiliar with the city as it is a stunning resort on par with the Venetian and Wynn according to some. Negreanu described it as the “pinnacle” and “the place to play” back in the day but times have changed and the Bellagio poker room has not raised its standard compared with other resorts.

“…at the very bottom by a wide margin now is Bellagio in terms of amenities, facilities, restaurants, accessibility. The room itself is cramped, it’s loud … and smoky. Not ideal playing at Bellagio.”

The Bellagio wasn’t the worst place that Daniel Negreanu has played in the past, though. That unwanted honour goes to an unnamed club in London. It was so smokey with the low ceilings that he bust out of the tournament on purpose and got out of there quickly.