Bilzerian and Gores have clashed before over the felt, and now the biggest poker match of all-time might be on 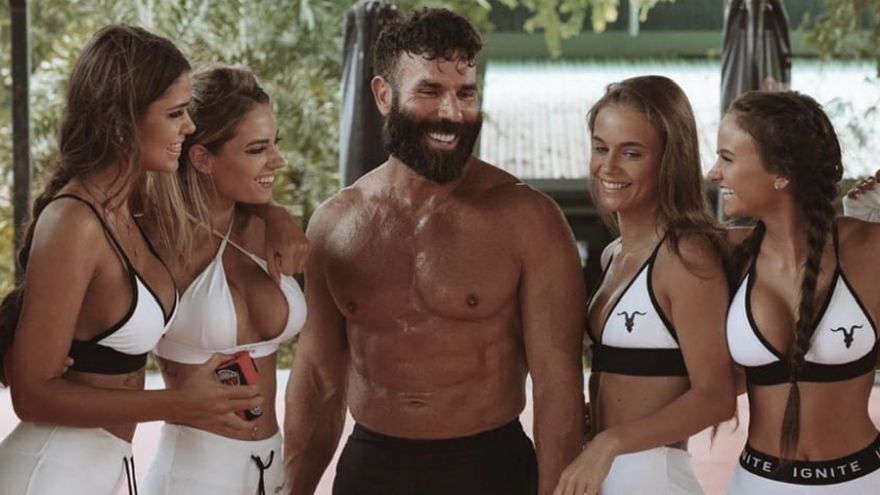 Dan Bilzerian has announced the possibility of a $100 million heads-up grudge match against billionaire Alec Gores. The Instagram playboy appeared on Logan Paul’s YouTube podcast and gave details on how he and Gores have clashed before over the felt, and now the biggest poker match of all-time might be on.

This is such a big story that poker fans will be searching for details that confirm it’s a reality and not just a hype job, with Bilzerian, once again, using poker as a vehicle to explain the origin of his fortune.

The reality is we just don’t know, right now, but Bilzerian does go into quite a bit of detail, and we feel that there could be some truth in it.

To recap for those unfamiliar with Dan Bilzerian’s story, he claims to have made his fortune from playing in high-stakes private home games rather than the traditional route of working his way up the stakes.

Until now, no names of his opponents in these high-stakes games were commonly known, but Bilzerian disclosed a little more of his poker journey in his recently published autobiography The Setup.

Rumour has it that Bilzerian annoyed Alec Gores by revealing too much private information about these private games in the book, leading to the incensed Israeli-born billionaire to challenge Bilzerian to put his money where his mouth is.

Bilzerian claims in his book that he took as much as $40 million from Gores alone in the games made famous in the book Molly’s Game but Gores disputes this.

Speaking to Logan Paul, Bilzerian said: “I (said to Alec) I’ll play you for $25 million at the Aria if you wanna wire money over. And then he was like, ‘I don’t wanna play you unless it’s for at least $50 million.’ I was like, ‘I’ll wire in $50 million to the Aria in 10 days if you wanna play, and we can televise it if you want. And so he’s challenged me twice, so I think we might play for $100 million.”

PokerNews reported that Dan Bilzerian already has funds in place to play a match of this magnitude and it goes without saying that Gores being worth $2.5bn can do the same. It’s just a matter of the guys setting a date and a venue.

Alec Gores isn’t a name with which the poker community will be familiar with, but he is certainly well-known in the business world. Born in Israel, Gores amassed his fortune in the world of venture capital and built the firm The Gores Group into a private equity giant.

Sharp-eyed readers might remember his name cropping up in the fall out from the Molly’s Game story. A disreputable hedge fund manager named Bradley Ruderman defrauded his clients to the tune of $25 million and lost $5 million of that in poker games with the likes of Gores, Bilzerian, and Spider-Man actor Tobey McGuire.

Inevitably, the law came calling and Gores couldn’t be bothered to defend himself in court, agreeing to hand back 45% of what he won.

As much as people lean towards giving these kinds of hype stories a wide berth, we really do feel that this could happen. By all accounts Alec Gores is more than a bit miffed at how Bilzerian made him look in his book, and wants some ego-driven revenge.

In fact, Gores is rumoured to have beaten fellow billionaire Andy Beal out of $50 million under the same conditions proposed here.

Bilzerian himself sounds more than pumped about getting this match on.

“I want to Pay-Per-View the motherf**er. It would be the biggest poker game ever played. And the beauty of that is it like shuts the f*ck up everybody that was talking sh*t like you can’t win this much money in poker.”

We look forward to seeing how this all progresses. Hopefully the currently running World Series of Poker will give both parties a little extra motivation. Maybe even Bilzerian won’t be able to resist stealing the limelight and scheduling the match while the WSOP Main Event is on.