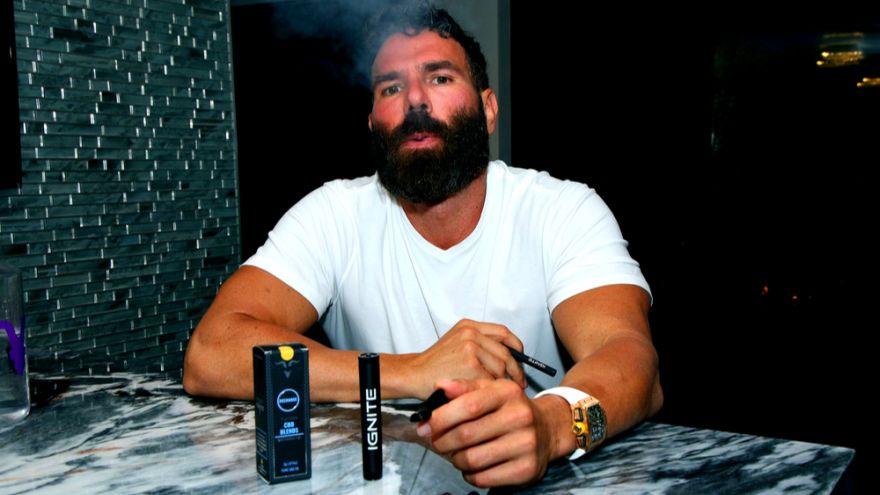 He claims to have won more money at poker than anyone else and now his cannabis-product company is set to hit the $10million sales milestone – yep, it can only be Dan Bilzerian!

Bilzerian has been a polarising figure in the poker world for many years now, many believing he has only achieved what he has by dint of his father’s criminal enterprises.

The $multi-millions he has used to fund his playboy lifestyle based around models, cars and guns – and highstakes poker – are believed to have come from a trust fund set up by his corporate raider father, Paul.

Nevertheless, Bilzerian has somehow managed to carve out a niche for himself in both poker and business, recently claiming his clever choice of opponents has earned him more than $50million on the felt.

Boasting of winning $12.8million in a single day, claiming to have been a “pioneer” of aggressive poker, and bragging that his card-playing earnings make Dan “Jungleman” Cates look like poker’s poor boy, the self-styled Instagram King is hardly the shy, retiring type…

However, his business acumen was called into question last year when it emerged that his CBD-products company, Ignite, had torn through $50million in its first year.

A Forbes magazine report stated: “Ignite cash went to pay salaries, licensing fees, business expenses, and travel expenses for companies 'owned by the CEO,' according to the report.”

That basically meant that Bilzerian had used investor’s cash as a cover-all for his extravagant lifestyle, and this week’s tweet may have been designed to provide reassurance to those who pumped money into his CBD venture.

It didn’t seem to have the desired effect, though, as the replies were scathing;

Haters gonna hate, of course, but only time will tell if Dan needs to get back to crushing the highstakes poker tables to bail out his new baby!