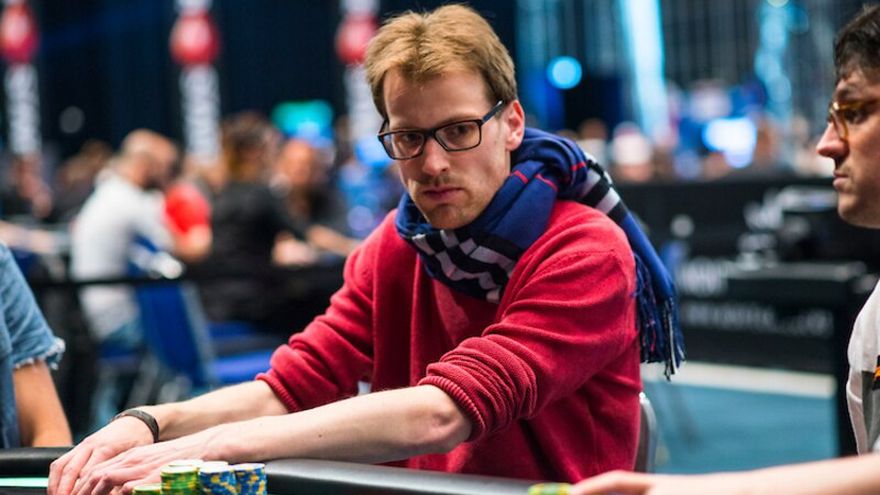 German high-stakes pro Christoph Vogelsang has been slated for excessive tanking during WSOP Event #6: $25,000 Heads-Up No-Limit Hold'em. Viewers on the PokerGO platform were incensed by how long he was taking on seemingly obvious decisions, leading to a social media fallout calling for a shot clock the next time this happens.

In the end, it was Dan Smith who denied Vogelsang during the final round as both fought to win their first WSOP bracelet. Given the heavy amount of criticism during the tournament, it was clear the most popular man won.

It's extremely pathetic to try and use things that have nothing to do with poker strategy to tilt your opponents. Slowrolling, excessive timebanking, types of speech play, all for losers. It's like fistpumping a double fault in tennis. Grow up.https://t.co/qUC31xv4lT

The Twitter debate started off discussing whether or not it is an intention to tilt his opponent by taking so long on every hand. High-stakes crusher Justin Bonomo disagreed with Lex Veldhuis’s opinion and pointed out that this is typical behaviour by the German in every event he plays.

Gotta disagree with you here Lex. He tanks for absurd amounts all the time in high rollers including:

He later added that Vogelsang’s tanking is unacceptable in his opinion and “needs to be stopped one way or another.”

Bonomo then recounted an absurd story about the two playing together in a $300K tournament at a table with three amateur players who were rich businessmen. It was pointed out to Vogelsang that his tanking at such a table was costing him EV, to which he responded gratefully and speeded up his play, albeit remaining the slowest player at the table.

what Vogelsang is doing in this (and every) tournament is at a minimum angleshooting (exploiting loopholes in rules for unethical gain) and every player every tournament should make sure a floor has a personal clock on him after 5 seconds, one that lasts 5 seconds too.

Are Shot Clocks Needed at the WSOP?

This tanking controversy has led to calls for shot clocks to be introduced at the World Series of Poker. Some players also asked for anyone sat at the same table as Vogelsang to instant call a clock on him for every decision.

If you have Christoph Vogelsang at your table this WSOP, Please call the clock on him relentlessly. We need to put an end to this tanking bullshit immediately ⏰

Others claimed the tanking constitutes angle shooting and might even deserve some kind of ban.

All of this said, many players unhappy with the tanking situation made it clear that Cristoph Vogelsang is a well-liked character in the game and any criticism does not constitute a personal attack.