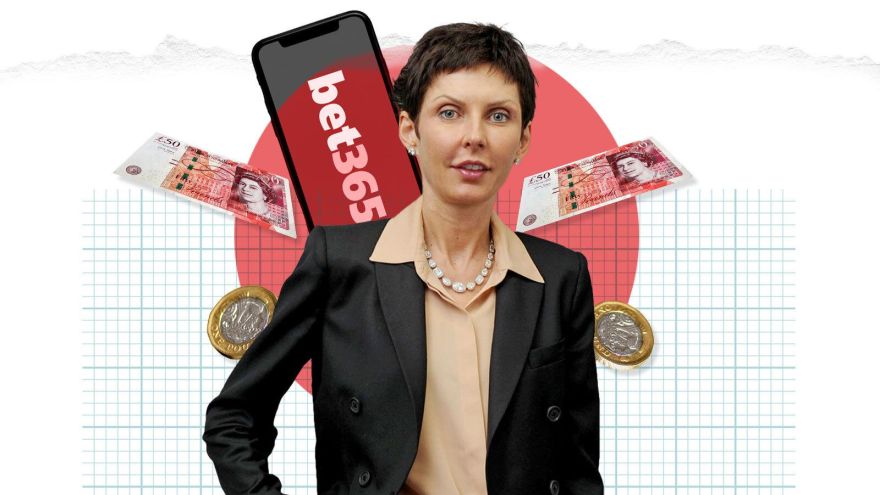 If ever you needed to know that the house always wins, news that the head of Bet365 earned more than £200million (US$245million) last year is a timely reminder of the gambling’s world’s real biggest winners.

Bet365 founder, Denise Coates, is believed to be the director who pocketed an astonishing £213.4million (US$261.6million) for the financial year 2021-2022. And that’s not even counting the roughly £50million in share dividends, despite a fall in profits for the company overall last year.

Coming during a cost-of-living crisis in the UK, the news was met with derision and outrage by many, with campaign group High Pay Centre claiming, “too much [money] is going to too few people”, according to the BBC.

HPC spokesman Andrew Speke said: “It shows if the government wanted to provide greater support to those struggling and increase the pay of striking public sector workers facing real wage cuts, increasing tax on high incomes and wealth would be one of the most effective ways of funding this.”

55-year-old billionaire Coates founded Bet365 in 2001 after training as an accountant and then taking over and selling her family’s betting shops to Coral. Now a regular on the Forbes list of richest people, married mother-of-five Coates is co-CEO of Bet365 alongside her brother John.

Last year saw the Bet365 Group gambling operation profits plunge from £525.1million in 2021 to £76.1million in the year to March 2022. However, much of that was down to investment in emerging markets, said Coates in the company’s annual statement.

Luke Hildyard, also of the CPC, stated: “There really is no moral or economic justification for such extreme payouts and the inequality and division that they create.”

Charitable donations of £100million were made through the Denise Coates Foundation for the year, a well-known method of lowering tax bills while potentially doing something for good causes.