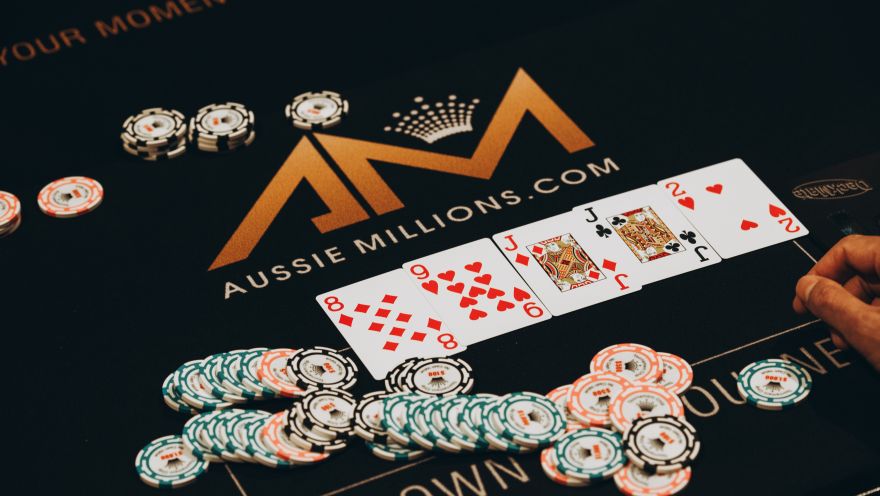 The iconic Aussie Millions poker series is in danger of becoming a victim to sweeping changes in Australia’s gambling laws. Following a damning royal commission into the activities of Crown Melbourne Casino, new much stricter regulations are in place to control the losses of gamblers and also the use of cash on casino premises.

Unfit to Hold a License

The government-led inquiry into Crown Resorts lasted two years and ended with a judgement that the company was no longer fit to hold a license to operate casinos in the country. However, after agreeing to replace almost every executive and promising to change its business practices, Crown Resorts was allowed to continue operating.

The law changes insist that gamblers who play on slot machines must first agree to a self-stated loss limit before being allowed to wager. The new cash restrictions state that players can only wager a maximum of AU$1,000 in a 24-hour period without providing acceptable photographic ID.

Currently, revenue from slot machines accounts for around 25% of the total and it is this factor that might ultimately be the undoing of the Aussie Millions. In short, if we assume that casino revenue will be hit hard by the regulatory changes, the shortfall will have to be made up from somewhere. Revenue from hosting poker tournaments doesn’t come anywhere close to what is normal for gaming machines and table games.

Although the number of slot machines on each premises is controlled, traditional gaming tables are not. The likes of roulette and blackjack require minimal staffing to operate, unlike a major poker event.

Time will tell, but there is one more change that might sound the death knell for the Aussie Millions.

Stanley Ho was once knocked back by the New Jersey Casino Control Commission when he applied for a gaming license because of his activities and although Lawrence Ho did not have any direct connection with his father’s businesses, he was listed as a company director of a firm blacklisted in Australia.

Stanley Ho once had a monopoly on the casinos in Macau and was connected with the VIP junket organisers who used to feed mega-rich gamblers to Crown Resorts casinos. This avenue of income is now also defunct.

So, with two major sources of income hitting the bottom line of Crown Resorts, it is understandable why the poker community should understandably be fearful of the loss of one of the great live series disappearing from the calendar.