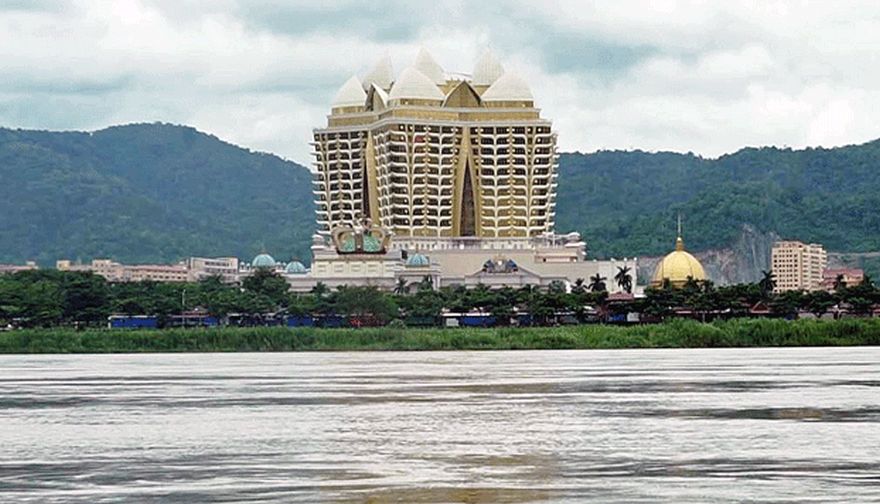 Around 700 Malaysian migrant workers are being held to ransom by a Chinese-owned casino and hotel resort in northern Laos, the latest in a string of Chinese-related gambling crimes in southeast Asia...

The workers are mostly “being put to work as online scammers, with compliance enforced by beatings and torture,” according to sources.

The plight of the 700 workers, who were lured to the Golden Triangle Special Economic Zone (GTSEZ) in Bokeo province in Laos with the promise of jobs, was highlighted by online news service Radio Free Asia (RFA).

“I see a lot of Malaysian workers in the SEZ,” one Lao worker told RFA, on condition of anonymity. “Actually, I see people here from many different countries, including Vietnam, Myanmar and Malaysia. They work at many different jobs, but most of them here at the Golden Triangle work online as scammers.”

One worker who managed to escape from the area having worked as an online scammer revealed: “Their Chinese employers confiscate their passports and cell phones, and most of the workers are confined to their buildings.”

The source added: “Foreign workers like the Malaysians also have trouble complaining to the Lao authorities because of the language barrier... they don’t know whether they should report the abuse to the government’s SEZ Task Force or to their own embassies.”

According to Malaysia’s New Straits Times newspaper, workers have been tortured and even shot for disobeying orders, with ransom often demanded from their families.

“Some workers were believed to be sold from one agent to another, from one company to another, or worse, traded between different countries,” the NST reported.

A protest was held in the Malaysian capital of Kuala Lumpur to highlight the workers’ plight, parents of the trapped workers along with human rights activists protesting outside the Lao embassy.

The GTSEZ is a gambling and tourism hub catering to Chinese citizens situated along the Mekong River where Laos, Myanmar and Thailand meet.

Earlier this year it was described in a report as a centre for “human trafficking, wildlife smuggling, and drugs production....built on stolen indigenous land.

He claimed that workers are “routinely unpaid and forced to work against their will,” while the zone “regularly dumps toxic waste into local streams.”

The zone is run by Chinese gambling kingpin Zhao Wei (not to be confused with the billionaire Chinese actress of the same name who recently ran afoul of Chinese authorities).

The gangster Zhao Wei founded the Kings Romans casino group in 2007 and was sanctioned by the US Treasury Dept. in 2018 for involvement in money laundering, as well as the distribution of heroin, methamphetamine, and other narcotics.

Zhao Wei’s Kings Romans casino organisation in the GTSEZ is believed to be a major hub for these activities.

However, “Local authorities are barred from entering, and international inspectors are routinely turned away,” according to the Adrianople Group.

Escape from the Zone

Earlier this year, Philip Conneller wrote for casino.org: “In January, eight women escaped from the zone by climbing underneath a wire fence. They had been lured by the promise of lucrative jobs as telemarketers for the Kings Romans Casino.

Conneller adds: “They were unable to reach impossible performance targets and were kept against their will to work as prostitutes or in the casino’s laundry service.”